This is one of those stories that begins at the end.  This was the end of A.K. Miller Stutz stash.

Vintage Auto appraiser and historian Dave Brownell gave me a call to see if I could meet him in East Orange, Vermont.  A collection of antique autos was coming out of a barn and Christies would need photographs.  Sounded interesting – I was there.

East Orange, Vermont is a flyspeck on the map – even in Vermont.  The house was wracked with age and neglect and the barns and lean to sheds sprawled one from another haphazardly. The place didn’t look promising.  We unlocked a shed door and out from under a tarp a spoked wheel beckoned us in.  Peeling back the tarp we were rewarded with an intact Stutz motorcar.  Filthy, beat up – but intact.  Shed after barn after lean-to revealed dozens of cars jammed together.  Some were on blocks; many were sinking into the dirt floor.  As they stood it was difficult to make photographs.  I did what I could and we decided to wait until things could be opened up and do another round.

A week later when I retuned the shed door had been thrown open the tarps removed and the raccoons had been sent packing.  But now the sleepy little farm had taken on a whole new demeanor.  The buildings were encircled with police tape.   An armed sheriffs detail watched the place around the clock.  Only those with official business were allowed access.  Under watchful eyes I documented the collection.

This was the collection of eccentric Stutz collector A.K. Miller.  His biography is the stuff of movies and much is unknown.  At the time of his death in 1993 he and his wife were living in what appeared to be poverty on their ramshackle farm. But in addition to dozens of collectable autos they had millions in gold, silver and stock certificates.  They also had never paid taxes, which explained why the police were being so vigilant.  It was by court order that the collection was liquidated.

A Christie’s auction was held on the premises September 7th & 8th, 1996.  I declined to attend.  I’d had my time with the cars, and I didn’t wish to witness the dispersement of the collection

Dave Brownell wrote the story and I provided photographs for the featured story in Automobile Quarterly, Vol.36, No.3.

Now available a rich collection of many never before seen photographs with a revised text by Dave Brownell.

The Stutz Stash of A.K. Miller 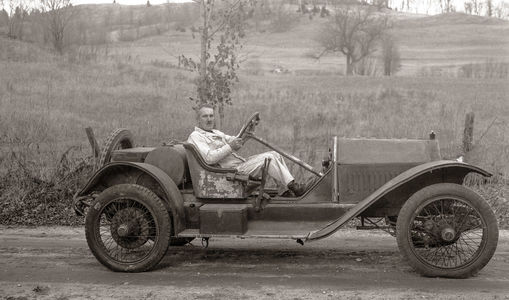 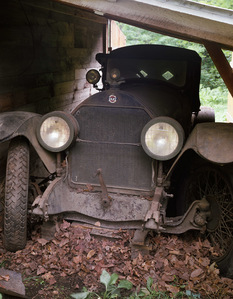 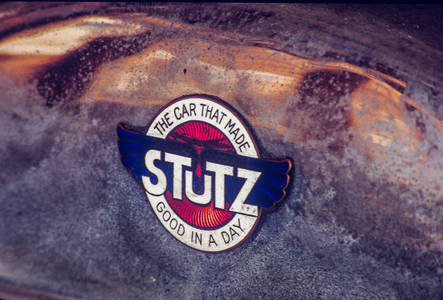 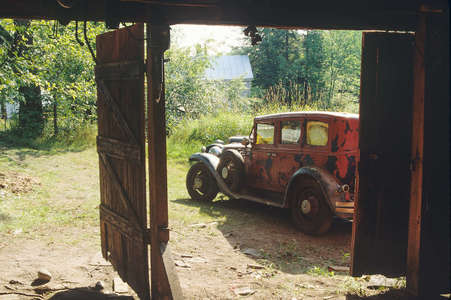 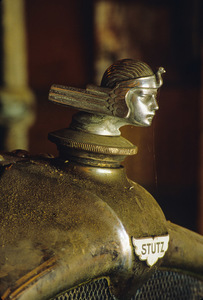 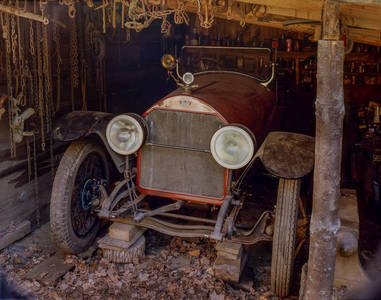 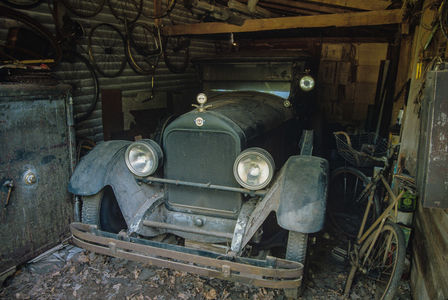 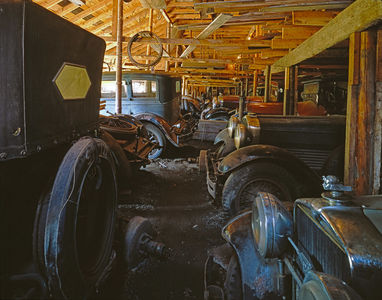 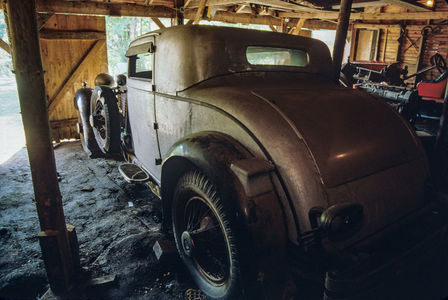 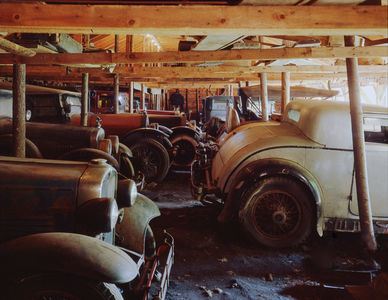 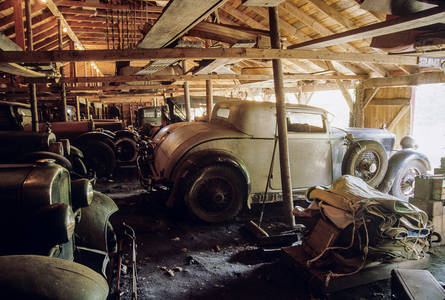 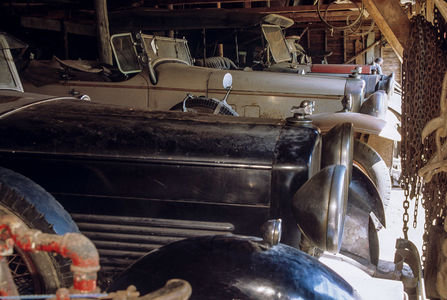 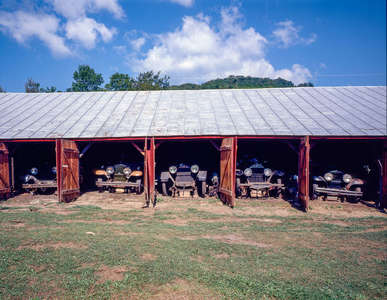 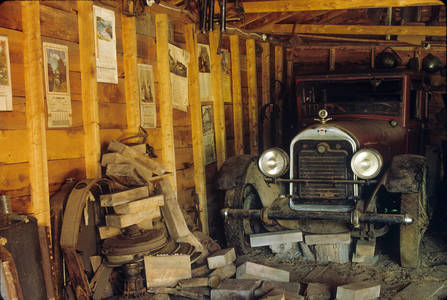 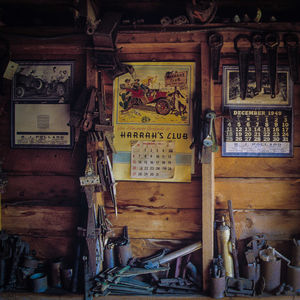 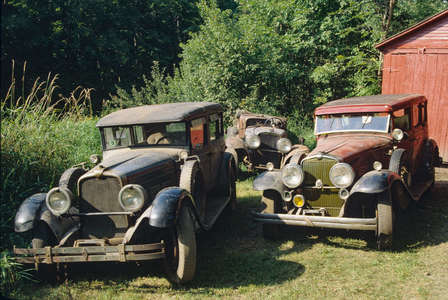 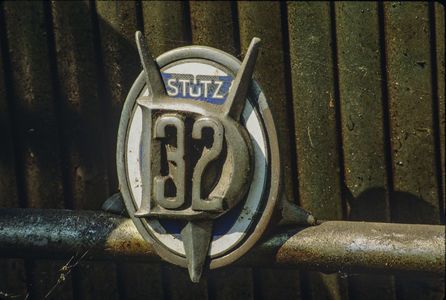 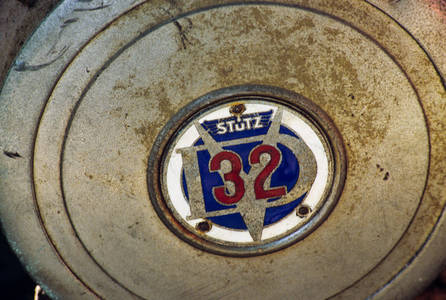 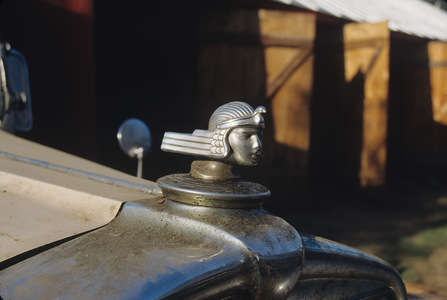 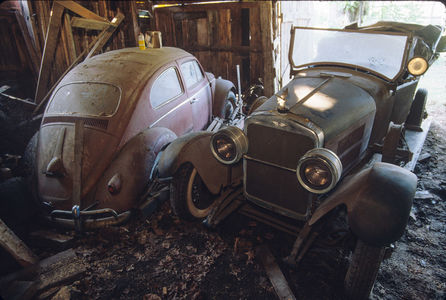 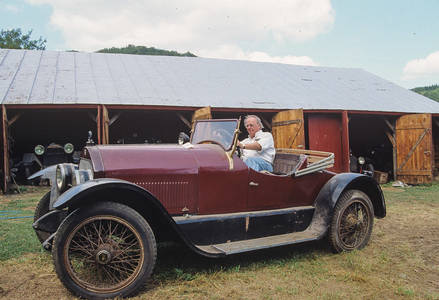 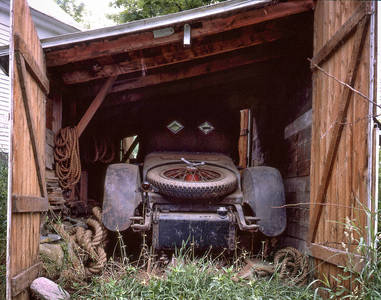 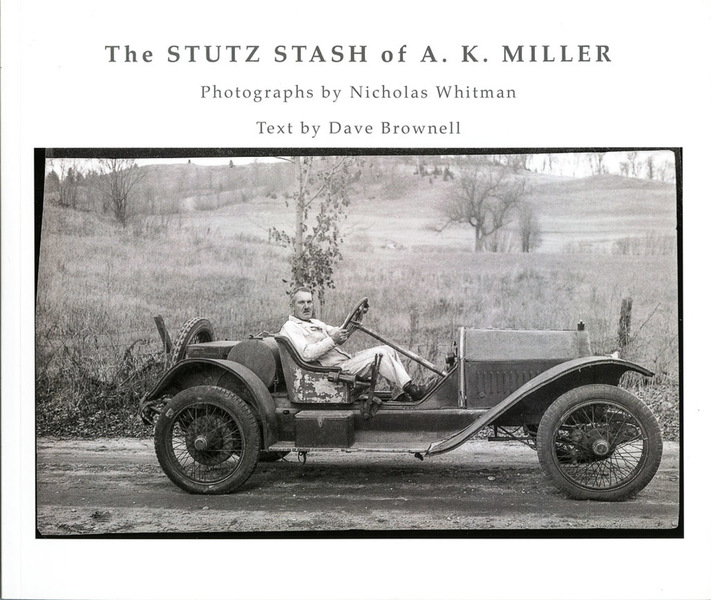